Understanding the Basics of Video Production 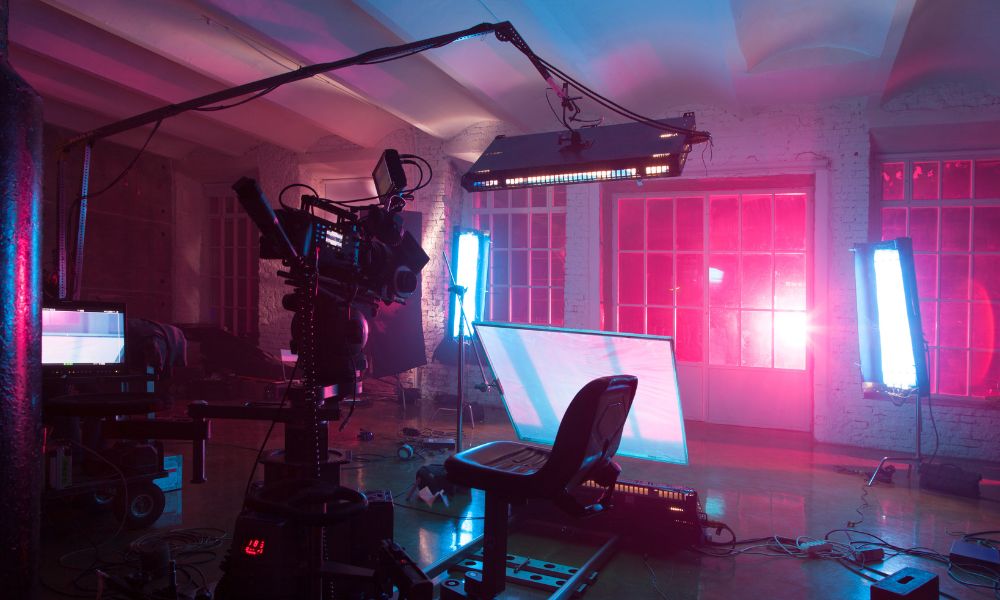 Sometimes, your broadcast or video shoot may run smoothly, with the creative and technical elements coming together beautifully. However, some simple mistakes can cause production quality to dip, whether it’s poor sound or picture quality or another issue. Having a successful production requires understanding the basics of video production.

Explore the basics of production using our guide below, which covers everything from professional cameras to post-production. After reading this guide, you can begin your next project with the confidence and creativity necessary to succeed. These basics apply to many kinds of productions, including church, news, and sports broadcasts.

One of the first steps toward creating a video production is to figure out what you want from your camera. Of course, you’ll want the camera to capture great video, but what is a great video for you? Planet Earth documentaries look very different from live-streamed lectures, and there’s a reason for that.

The right camera isn’t going to be the same for every production. For example, is 4K video quality a must-have for your production, or is 1080p suitable? Not everything needs to look like an episode of Planet Earth. The visual style should serve a distinct creative purpose.

Likewise, do you want a more cinematic 30fps framerate or the striking image of 60fps framerate? Getting to know what your camera is capable of ensures you can easily weave it into your production. Take time before the first day of shooting to run hands-on tests with the camera to ensure it’s delivering the performance you need for your production to shine.

And don’t forget about the different kinds of cameras on the market. For example, a common and reliable alternative to a traditional video camera is the PTZ camera. A PTZ camera is a compact recording device that can pan, tilt, and zoom to find the best angle, hence the acronym PTZ. By exploring alternative camera designs on the market, you can find the best way to maximize space on set while still capturing the best footage for your audience.

Understanding the basics of video production also requires focusing on how you handle the hardware. A professional-grade camera won’t exactly shatter when you touch it, but it still requires care to function properly. Of course, you should put the camera in the hands of someone who won’t drop it and bump it into things, but consider the components, too.

For example, anyone handling the camera should know how to safely handle the lenses, tripods, wires, and other components that can break easily in the wrong hands. By pairing well-built gear with well-trained crewmembers, you can keep production equipment in excellent condition for the next shoot.

This tip also applies to your audio and lighting equipment, too, because every piece of equipment is critical for bringing your vision to life. Whether you’re shooting a live event or hosting a solo live stream for viewers, taking care of equipment will help you keep production running smoothly without costly damages. Proper camera handling also ensures your footage looks how you want instead of looking shaky or out of focus.

When it comes to video production, video and audio are equally important. Some projects, such as experimental short films, can challenge those views in innovative or intriguing ways. However, if you’re simply trying to broadcast a live event or program, then your sound and visuals should support your content equally. Like cameras, many audio devices exist, so explore wireless lavalier mics, wired lavalier mics, handheld mics, desktop mics, and shotgun mics.

Shotgun mics attached to boom poles are common on film sets because their narrow sound pickup pattern reduces background noise. That said, a lav mic is great for live shows with an audience because you can conceal the microphone while capturing great sound. With a lav mic, you won’t need a boom operator standing off to the side, distracting the audience.

The backlight sits behind the subject and is aimed directly at them. This is a basic setup for a lighting arrangement that provides visual depth and engaging images. However, this is just a great platform to start from—you can stick with the three-point lighting, or you can expand your setup to accommodate the scope of different projects. You could add a fourth light or go for a more extensive DMX setup.

For example, our professional DMX lighting at Ikan provides a more complex lighting system for live broadcasts if the three-point method won’t fit your set. Instead of simply having lights shine down on the subject you’re filming, you can create eye-catching light effects that elevate your scene with DMX lighting.

The basics of video production also involve post-production, though what you must do will differ depending on your production style. For example, post-production on a short film can include additional photography, editing, sound FX, and more to allow the filmmaker to bring a truly cinematic touch to the content. This may differ when you’re dealing with a live broadcast because post-production on such content typically doesn’t involve the extensive creative exercises that film editing does.

Instead, you will focus more on saving the footage and, if you choose to record and upload the broadcast, what needs to be quickly edited and when it can be officially posted. It’s not uncommon for recordings of live broadcasts to be uploaded later to edit out inaccurate information, offensive content, technical difficulties, and more issues.

Keeping steps like these in mind will help you schedule the full production strategy and allow you to be more creative. Always think about how the footage you’re shooting supports your content and how you can elevate it in post-production.