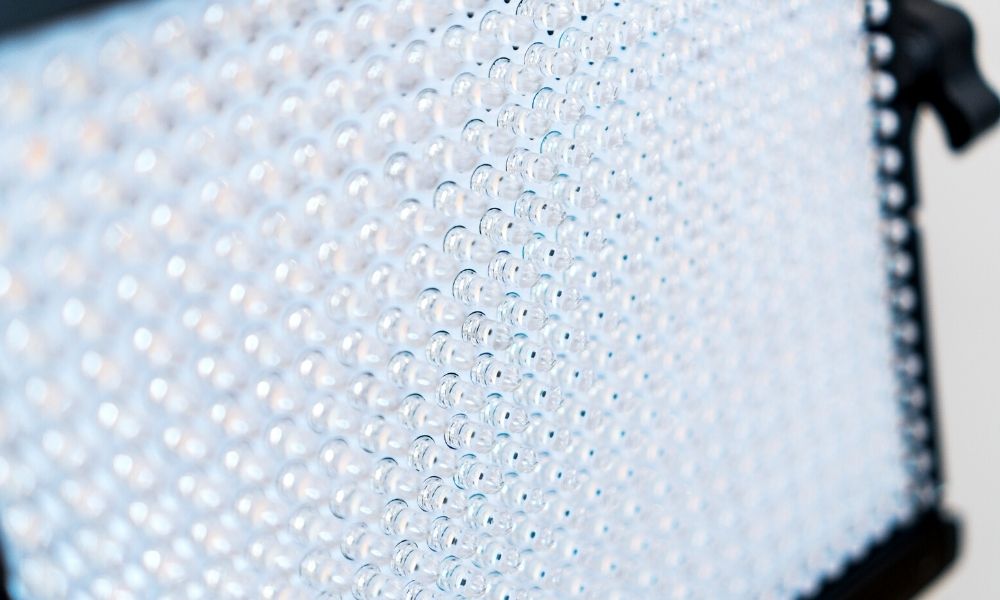 Lighting is one of the single most important aspects of any video production. If you’re shooting something like a news report and viewers are looking at an image that’s either way too dark or way too bright, you’ll just annoy your audience instead of pulling them into the story being read even if you have the best host in the world.

This is one specific use, but no matter what your video production is, you have to prioritize the lighting. So, where do you start? This guide will take you through the key considerations for choosing studio lighting in an effort to create a professional, engaging product for your audience.

First, we’ll discuss the types of light you should consider when setting up your studio. There is an eclectic variety of lights available on the market, but when it comes to video production and broadcasting, there are three particularly beneficial options: tungsten lights, fluorescent lights, and LED lights.

Tungsten lights commonly go by the name of “hot lights” due to the immense heat that emanates from them. Due to this fact, they can be quite dangerous if you aren’t properly handling them. Be very careful when handling tungsten lights so you don’t burn yourself, someone else, or cause a fire to erupt on set.

Despite the safety concerns, tungsten lights are an effective means of producing a source of warm light. Tungsten lights are best used for video production instead of photography, though they can sometimes be effectively used for the ladder under certain conditions. They aren’t the best option for photographing people specifically because of one key factor—they don’t produce the right amount of power for doing so.

LED lights require less power to operate than tungsten lights, and similar to fluorescent lights, they emit much less heat. Additionally, in many ways, you get the best of both worlds because you can adjust these lights to be cooler or warmer depending on what your production calls for. They also provide you with a wide range of display options that include panel, spot, and flood. LED lights are the most diverse options out of the three choices, so although it’s third on the list, they should be the first consideration for your set.

How Many Lights You Need

Piggybacking off of the type of lights, we’ll break down how to determine the number of lights to have on set. As you’ll see mentioned throughout this guide, all these decisions ultimately come down to what is best for your production.

Using one light will give you a very dramatic image and atmosphere, drawing the audience into the frame and putting the focus on the subject—nothing else. However, using two lights, one as the key light and the other as either a fill or back light, can help you add some dimension to the image. Back lights allow you to add a distinct outline around the subject while enhancing the shadows cast by the key light. On the other hand, fill lights won’t enhance the shadows. Instead, they’ll fill those darker areas in the frame with light. As you can see, it’s no mystery why they’re called fill lights.

Next, there’s the classic three-point lighting, in which you use a key light, back light, and fill light in tandem. Doing this creates an immense amount of dimension to the frame that makes it more visually interesting and thus more engaging for viewers.

Three-point lighting is extremely popular in video productions and has been for quite some time, though there is another option—four-point lighting. This requires a fourth light source, a background light, to provide your image with even more depth. As the name suggests, background lights illuminate what’s behind your subject, which is sometimes beneficial—but not every production is going to call for it.

In the same ways that camera stands can enhance video production with their convenience and stability, so do light stands. When buying reliable, professional lights stands, you have to consider some additional factors before simply grabbing the first one you find. You have to ensure that the light stand can handle the weight of the specific lights you’re attaching to it. Speaking of attaching things, you also have to think about the weight of the lights with any additional attachments.

The light stands mentioned above are very similar to the tripods commonly used for cameras. If you’re familiar with the concept of booms in relation to microphones, then you probably have a good idea of what boom stands for lights are. Boom stands are frequently used for keeping microphones close to the subject in the frame, without allowing the microphone to ever enter the frame. Using boom stands with your studio lights provides you with a solid source of light that won’t get in the way of your shots like light stands will in certain conditions. One isn’t necessarily better than the other; it simply comes down to what’s best for your specific production needs.

As you can see, there’s a wide range of considerations for choosing studio lighting. By keeping these considerations in mind when shopping for lights and additional accessories for enhancing that light on set, you can make your video production look as professional as it should. At Ikan, we can provide you with a variety of professional TV studio lighting equipment such as LED lights, and more.

Since there are so many options for studio lighting equipment, this guide should help your search be more productive than stressful; the ladder of which can occur if you’re not quite familiar with the ins and outs of matching the right lighting equipment with your production needs.