An Introduction To Waveforms, Scopes, and Exposure 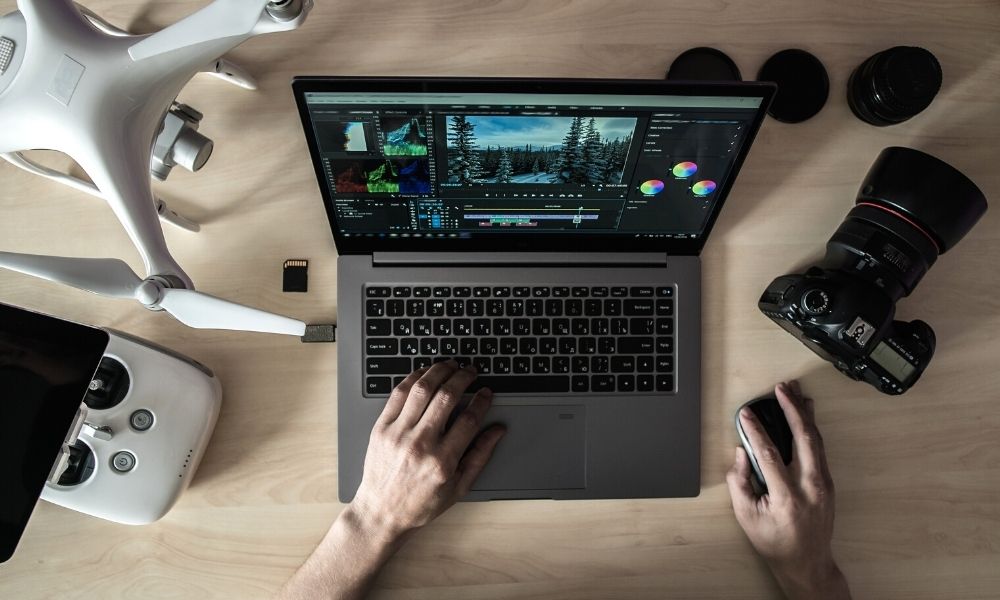 To produce high-quality, professional-looking videos, having an eye for factors like image brightness and color saturation is key. Not only is this something you have to think about on set, but it’s also crucial to think about them during post-production. This is why a good camera monitor should have tools for measuring and altering these factors. This guide will provide an introduction to waveforms, scopes, and exposure to help you understand these essential video tools.

Once the waveform assesses your image’s luminance value, it reproduces it into what looks like waveforms, hence the catchy moniker. Reading about waveform monitors without having one in front of you will certainly make the whole thing sound strange, but once you’re looking at one, it will be pretty straightforward. In fact, when you’re looking at an image with the help of a waveform monitor, you can sometimes catch specific details from the original footage.

For example, if the video contains someone jogging on the street, you might be able to catch the waveforms mimicking the top of their head. When you’re shopping for a high-quality broadcast reference monitor, be sure it has the right tools for measuring luminance, color saturation, and beyond. Suffice it to say, purchasing a camera only to discover it doesn’t have the settings or tools you need for production is never a fun situation to find yourself in. Use patience and plenty of research to ensure you get gear that meets your production requirements.

Through your waveform monitor, you’ll have access to another essential video tool—a histogram. The purpose of a histogram is to breakdown how many light and dark pixels are present in your video image.

Unlike a waveform monitor, the histogram doesn’t reveal exactly where each pixel is in your image; it just records it as being there. Histograms also differ from waveform monitors because the former uses a horizontal graph to represent pixels’ luminance in your image. This graph’s left side begins at zero, representing dark pixels, whereas the 100 on the right side of the chart represents the brightest pixels your shot contains.

So, how do you use histograms to your advantage? Think of this tool as a measuring stick for your luminance. If you’re shooting a scene in the woods at night, the histogram should show your luminance values on the left side of the graph. If your scene takes place on a sunny Florida beach in the middle of the afternoon, your luminance values should be farther to the right side of your graph. Understanding how to read histograms will help you avoid creating images that should be bright but are too dark—and vice versa.

The term “video scopes” typically references two essential tools—waveform scopes and vectorscopes. Now that you have a good understanding of how waveform scopes work, let’s detail the function of vectorscopes. As you can certainly guess, vectorscopes are very similar to waveform scopes. The key difference is that the former measures color saturation. Vectorscopes show these values on a large, circular graph, and the closer your dot is to the center of that graph, the more saturation you lose.

Exposure refers to how much light you need for capturing your subject clearly. Digital video cameras have a sensor that detects light; the more light you expose the sensor to, the brighter the image can be. However, too much exposure can result in the loss of colors and details in your shot, leading to messy results. Not enough exposure can result in loss of detail in darker areas of the frame, primarily any dark pixels that are present. In between these two extremes is “middle grey.”

Don’t think of middle grey as a “happy medium.” It’s understandable to assume that to be the case but avoid falling victim to this misconception early on. The purpose of that center point is simply to give you somewhere to start from before you make further adjustments. The longer you shoot videos, the more you’ll grow an intuition for what the correct exposure is for any given shot. Everyone works differently and how you expose an image ultimately comes down to what’s best for the project.

Although this is just an introduction to waveforms, scopes, and exposure, this information will help significantly improve your videos’ image quality. There’s an assortment of digital tools that professionals can use on set and in post-production to achieve the visual style and quality they want. When it comes to using the concepts above, there is rarely a right or wrong answer. The only wrong method would be not paying any attention to image brightness or saturation at all.

It’s all about what’s right and wrong for the specific vision you’re going for. These concepts like histograms and waveform monitors can seem very daunting in written form, but don’t worry. The more you use these and other video production tools in the field, the quicker you’ll get a grasp of how to use them to your advantage.